Catholicism Is for People Who Don’t Fit in 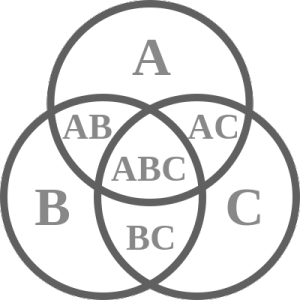 I recently visited a nearby Evangelical congregation where everyone had a particular “look”. It wasn’t a bad look.  It was good. They were delightful people who clearly loved God and loved their neighbor.   There was a certain clean-cut wholesomeness to the group that was fresh and appealing.

Not long after, I was watching the Communion procession at my home parish.  What a ragtag bunch we were.  No more than a handful of the hundred and some among us would have fit in at that lovely congregation I’d visited.

It wasn’t that our parish had it’s own “look” in a different style.  It was that we had no such outward “parish style” at all.  We were all so very different from one another.

This is how it should be.

It is understandable that we might seek out a place where we fit in.  Who doesn’t want to find “our” people? But one of the marks of the Church — that “Catholic” part — is that we are home to everyone.  We’re not the place where people turn themselves into Katholic Klones.  We’re the place where you can be yourself in your all your eccentric unrepeatability, but fully belong nonetheless.

When you sort us all out in a giant Venn diagram, there should be one thing, and only one thing, that unites us: We are meant to be a people who have nothing in common but Christ.

What place for affinity?

Understanding the nature of the Church helps us resist bait-and-switch attempts at evangelization. The temptation is to lure converts by offering something other than Jesus:  A sports team, a crafting  club, an after school program.  The rationale is that prospects will come for one thing and stay for another.  But longing for a good social scene doesn’t impel one to faith in Christ.  It is only when the person longs for a relationship with Jesus that evangelization and discipleship can occur.

This isn’t to say that no one is ever converted because they happen to fall in with a group of Christians practicing their favorite hobby and thus hear the Good News that way.  What it does mean, though, is that even when an activity or event is the outward mechanism associated with conversion, we must always remember that it is the inward draw of Christ that converts souls.  Nothing less.

It is after the individual has become a believer that affinity groups within the Church come into their own.  The disciple will naturally want to live in community with others who follow Christ.  In prayer, in acts of Mercy, at work and at leisure, the believer will seek out the companionship and spiritual aid of other believers.  Community is the result, not the cause, of Christian faith.

To know and be known

Why did that Evangelical congregation have a particular “look” to it?  Because we all long to know and be known:  At last, here is another one like myself.

Thus, among Catholics, we tend to gather into subgroups within our parishes.  The Catholic homebrewers, the Catholic gardeners, the Catholic tailgaters.  There’s nothing wrong with this.  There’s no particular reason, if you’re going to the game on Saturday anyway, you shouldn’t seek out the camaraderie of people who understand the One Thing most important to you.

But that One Thing is the reason healthy Catholic parishes never have a clubbiness or cliqueishness to them, no matter how many specialized parish organizations and movements and ministries there might be.  If we are living entirely and only for Christ, everything else in our lives is just details.  Suddenly the person with whom I have nothing in common is the person with whom I have Everything in common.

I sat down a few days ago with one of my friends from that Evangelical congregation.  We didn’t talk for long about the superficial odds and ends you might think we had in common.  Those topics go stale fast.  We talked about our relationship with Christ.  We talked about the difficulties we faced as disciples immersed in a non-Christian world.

Jennifer Fitz is the author of Classroom Management for Catechists from Liguori Publications. She writes about the Catholic faith at her Patheos blog, Sticking the Corners.

next post: How to Bring Family Members Back Home to the Church