Bridging Vatican II and The Year of Faith 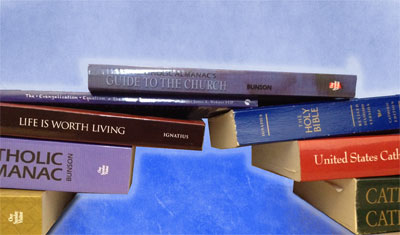 Later this year the Catholic Church will celebrate the 50th anniversary of the opening of the Second Vatican Council.  For many of us who grew up in the 1970’s and 1980’s, there is oftentimes a sense that at times our faith was watered down during our formative years.  Some people say Vatican II was a terrible thing.  Others say it was a great thing, just poorly implemented by some people and in some places.

I agree with that latter.  I think Vatican II was a wonderful blessing for the Church, but having attended many different parishes growing up, I can look back and see how catechesis of my childhood was virtually nonexistent.  It says something that I’m a cradle Catholic, and was a member multiple parishes throughout my life, but was never introduced to Eucharistic Adoration until I was 28-years-old.

With the publication of the Catechism is 1992, the birth of the Internet, and a renewal and rededication of the Eucharist by many Catholics, I have great hope for future generations of Catholics.  Through our various ministries over the years, we’ve met countless young Catholics absolutely on fire for our faith.  And the continually growing legions of people from around the world who flock to World Youth Day events (over one million attended the Mass with the Pope alone!) gives evidence that the current and futre generations see the necessity for faith in their lives.

And I believe that 2012 will be a critical and historical year for the Catholic Church.

The Year of Faith was designed by the pope to help Catholics rediscover the basic content of their faith, and the Vatican’s preparation materials — due out very soon — will have a strong doctrinal element. The special year will begin Oct. 11, 2012, which is the 50th anniversary of the opening of the Second Vatican Council, and some Vatican sources say the pope may publish a document that connects the two events.

A new document from the Holy Father is always welcome, but with the upcoming bishops synod to focus on New Evangelization, and the launching of the Year of Faith, I’m particularly hopeful that this rumor of a new document connecting the often misunderstood Vatican II to the Catholic Church of the 21st Century.

Though the document from the Holy Father is still in rumor stage, what is definite is that in just the next few days (on January 7th, to be exact), the Congregation for the Doctrine of the Faith will release a “note” outlining the aims of the special year and ways bishops, dioceses, parishes and communities can promote “the truth of the faith.”  This is according to a written statement released by the congregation just today, January 5, 2012.

Catholic News Service is also reporting that “within the Pontifical Council for Promoting New Evangelization, a secretariat would be set up to suggest and coordinate different initiatives. The new department will be responsible for launching a special website for sharing useful information on the Year of Faith.”

“The church is well aware of the problems facing the faith” and recognizes that without a revitalization of faith rooted in a personal encounter with Jesus, “then all other reforms will remain ineffective,” it said citing the pope’s Dec. 22 address to the Roman Curia.

The year is meant to “contribute to a renewed conversion to the Lord Jesus and to the rediscovery of faith, so that the members of the church will be credible and joy-filled witnesses to the risen Lord, capable of leading those many people who are seeking it to the door of faith,” the statement said.

Critical to renewing one’s faith and being a credible witness is having a firm and correct understanding of church teaching, it said.

Because the year’s start, Oct. 11, coincides with the anniversaries of the opening of the Second Vatican Council in 1962 and the promulgation of the Catechism of the Catholic Church in 1992, it would be an auspicious occasion to make the work of the council and the catechism “more widely and deeply known,” it said.

The rest of the article is definitely worth a read.

Greg Willits is a media creator, radio host, podcaster, Catholic New Media trailblazer, co-author of The Catholics Next Door: Adventures in Imperfect Living and author of The New Evangelization and You: Be Not Afraid (Servant, 2013). He is the founder of New Evangelizers and the former Chief Operations Officer of the Star Quest Production Network and spends his time between tech development and Catholic Media Leadership and Productions. Greg currently serves the Archdiocese of Denver as Director of Evangelization and Family Life Ministries. He and his wife, Jennifer, have been married since 1995 and have four boys and a daughter.

3 responses to “Bridging Vatican II and The Year of Faith”